Upon the announcement of the competition by Shumookh Investment and Services SAOC, the team set full speed ahead to create a unique design that would become the landmark of the newly re-branded Public Establishment of Industrial Estate.  With great success and tremendous efforts, F&M ME Design Team won 2nd place for their architectural visualization of the Madayn Headquarters. The prize award for the design was OMR 5,000 and was praised for its extensive design and spatial sthoughtfulness. The “Madayn Tower” design was to highlight the importance of the establishment and its essential role in the development of Oman’s growing economy and its vision to further strengthen Oman as a main center for industry, technology and innovation.

The design of the building was generated in order to give a strong visual impact. The strategic location adjacent to Muscat Express Way and its located on a high elevation works in favor of the project’s uniqueness and significance.

The form is intended to be strong and prominent, which still allowing of playfulness through the natural light reflection on the facade generating a captivating scene. The mass is broken into two towers that sit visually and physically in a balanced composition. The angles are meant to further enhance the depth factor as well as provide dynamic that leads to further emphasis the directional flow in and out of the building. 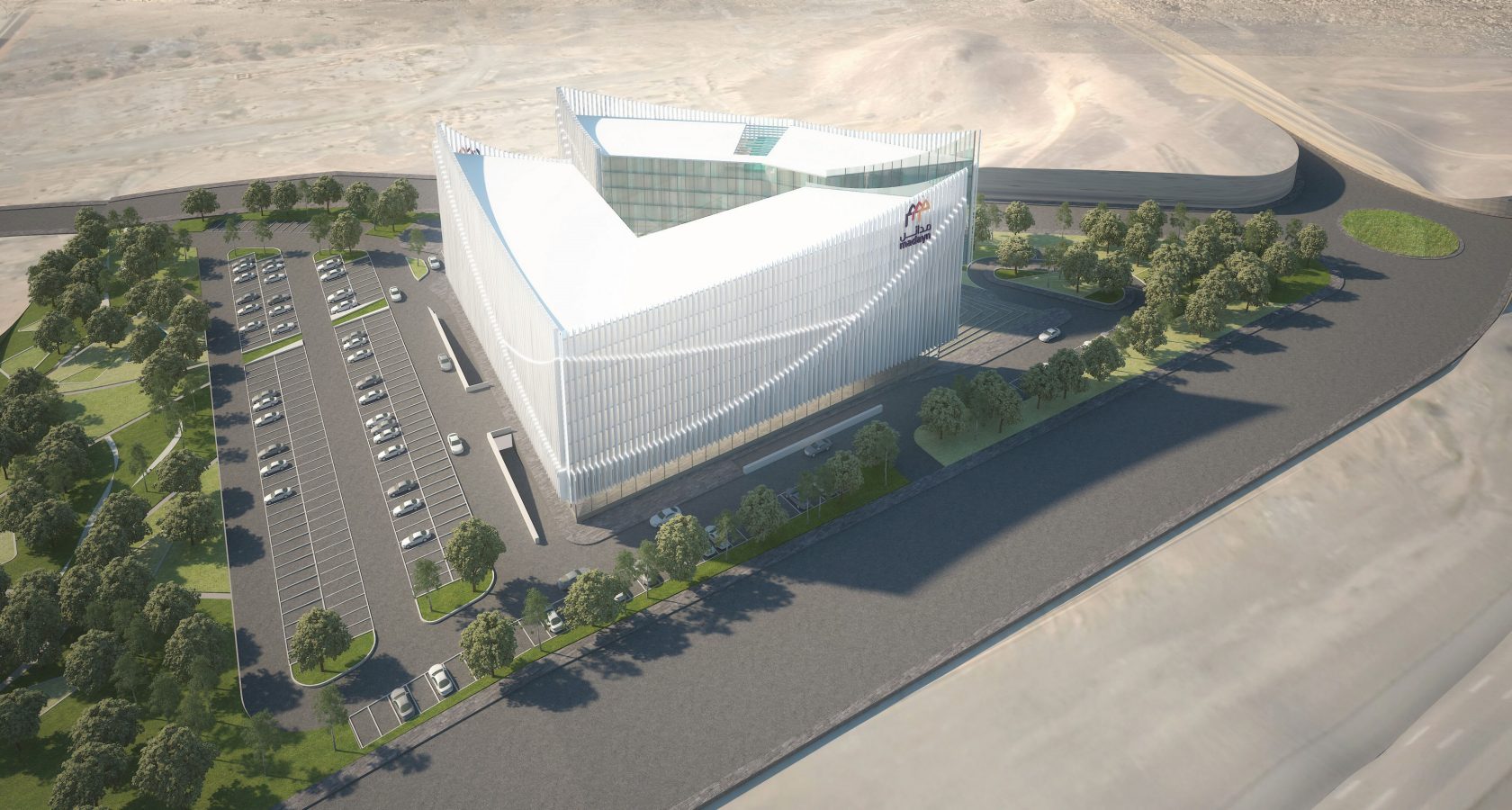